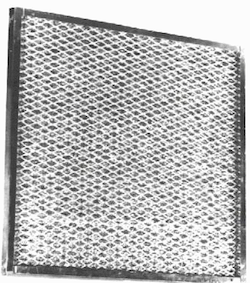 Google's review filter is notorious for "flagging" reviews that it believes may be fake or spam. This often happens with legitimate reviews, frustrating business owners and customers alike.

With the issue of fake reviews getting some more press recently (read about the latest New York State crackdown on fake reviews), it's probably worth brushing up on best practices to make sure that your reviews aren't flagged and removed, and that you don't wind up making a habit of practices that could get them flagged.

Of course, the basic rule is to keep it legit. If something seems like it might be shady (e.g. buying reviews), it's best to avoid.

A couple of us here at Energy Circle PRO recently sat in on a great webinar from BrightLocal all about the latest in online review best practices, tools and resources. BrightLocal is a great local SEO resource and we recommend their blog and other resources to anyone interested in digging in deep. We'll continue to share some of the really interesting tidbits from the webinar, but we'll start here with 7 tips to avoid the Google review filter:

1) Don’t get lots of reviews at once. A "natural review profile” is key.

Google likes reviews to be built slowly and exponentially over time. This is referred to as a "natural review profile" because it appear organic. A lot of reviews at once sends a signal that you may have done something to solicit a bunch of reviews, and that doesn't look good. So be careful when you're asking for reviews at first, and keep in mind that a slow trickle is better than large bursts of review action.

This actually used to be a practice endorsed by Google, setting up a dedicated computer or tablet in your office (or work truck) and asking customers to use it to leave a review. This is now discouraged by Google, and if you do it they're likely to sniff out the fact that all of your reviews are coming from the same IP address and penalize you. So make sure that when you're asking for reviews from customers, you don't slip and let them enter them from your tablet or laptop.

If the same review shows up on multiple sites, it will be identified by Google as duplicate content and it will likely be removed by Google, and maybe by the other sites it was on (depending on what those were). Ask a customer to write one review on one website (if they are an active Yelper, ask them to use Yelp; if they're more comfortable on Yahoo!, ask them to use Yahoo!).

This is a typical spam tactic, and it's been identified as such for a long time, so reviews with URLs are likely to get flagged. If you have had any thought of asking customers to include any sort of links in their reviews, best not to.

This might seem obvious, but it still gets done a lot. Whether it's your own Google account you're using, or a new account you created to write the review, it's likely to get sniffed out and flagged. (For example, if an account is created, leaves one review on one business, and never has any other activity, it's clearly not the sort of objective third-party review that Google loves).

The official rules with Google are that you can ask for reviews but you can't "solicit" them. This basically means, don't offer anybody anything to review your business, especially money. It's best to ask for reviews as if you're asking a personal favor. "Hey, mind doing me a favor and leaving me a review on Google or another local business directory?," rather than "Leave a review and win XYZ and a bunch of other free stuff and money." You get the picture.

Thanks again to the folks at BrightLocal for the highly informative webinar. For more info about how to get reviews, how not to get reviews, and other local SEO goodness check out the following articles: