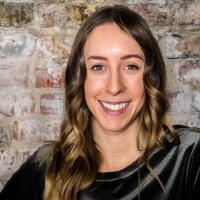 We're often asked by home energy professionals across the country whether it's worth investing in Better Business Bureau accreditation. It costs a few hundred dollars per year, and does hold a benefit: potential customers are comforted by the logo on your website, and a good rating can convey a level of trustworthiness.

We've always been advocates of trust symbols, and while subjective, we think BBB carries some weight in consumer's minds. At the same time, every contractor knows that the real watchdog value of BBB is a sham, and now the organization is facing some serious PR trouble. It may be time to reconsider whether its value is worth the annual fee.

Should the BBB Give Itself a Bad Grade?

Brad Tuttle at TIME wrote an interesting piece last month about why the Better Business Bureau should give itself a bad grade. It's a pretty compelling article, and worth a read. In summary, the BBB was extorting contractors by giving good grades to those that paid and bad grades to those that didn't. Shameful.

Here's a bit more detail: the Better Business Bureau is a well-known organization that many consumers rely on to determine the credibility of a business, but the basis of that credibility is not all that rock solid. The BBB is not a government agency, and says on its blog that it "is not a consumer watchdog." The ratings that it provides are based above all else on the fees that a business pays to the BBB, and the way that businesses deal with complaints. Those complaints aren't public, and a business that has a huge number of complaints but deals with them well according to BBB's guidelines can theoretically receive as good a rating, or better, than a business with fewer complaints - or one that receives a number of complaints but deals with them directly without working with the BBB.

In fairness, the local BBB branch that was accused of extortion-like practices was expelled, but only after two years. The BBB argues that the expulsion proves that it is a serious enterprise that holds local affiliates to high standards; others argue that the fact that it took two years to expel the affiliate after serious problems were exposed proves the opposite.

What is the BBB, Anyway?

Although many people assume that the Better Business Bureau is some sort of government agency looking out for the best interests of consumers, it's not exactly. It's a non-profit whose mission is "to be the leader in advancing marketplace trust." It accomplishes this by giving accreditation and ratings to businesses who pay annual fees.

There's no doubt that the Better Business Bureau has been useful in the past, and continues to be in many ways. It helps protect consumers against scams, it provides some useful information to the public, and it is a recognized "trust symbol" that sends a comforting message to potential customers of accredited businesses -- the vast majority of whom are legitimate businesses.

Is Paying for Trust & Credibility an Outdated Concept?

We've written before about how trust is the highest form of currency for businesses on the internet. Links, reviews, citations, a presence in social media -- all of these factors, which we know are important for their SEO benefits alone, are really all just different indicators of a business's trustworthiness. The fact that they are important for SEO shows more than anything that SEO is really just the art of appearing trustworthy on the internet.

But in this new era where trustworthiness is determined by all of these other indicators, is there really a place for an entity such as the Better Business Bureau? Especially when the BBB itself appears to be less than trustworthy? After all, social media is free, links are free (good, useful links anyway), reviews are free...

What with the rise of online forums and user review sites like Yelp and Angie’s List, the services provided by the BBB would also seem to be increasingly irrelevant. But due to widespread concerns about the trustworthiness of online reviews, and the fact that the BBB clings to a reputation as some sort of “official” organization, consumers continue to reflexively turn to the BBB.

As review sites like Google Places and Yelp become more popular and well understood (and tighten up their algorithms to make them more legitimate), will they render the BBB obsolete after all? Is there any point in paying for credibility when you can get it for free using other online channels?

What do you think of the Better Business Bureau in an era of online reviews, third-party verification, customer feedback and social media? Does it serve a purpose? Feel free to chime in in the comments section.