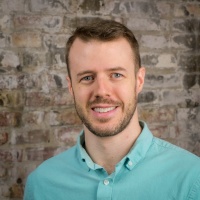 The landscape of energy and sustainability policy and legislation is changing swiftly, both due to the impact of ever-evolving political paradigms and the need to address the issues surrounding climate change. This barrage of policy change can be tricky to keep up with—but we try to stay on top of the news as much as possible, particularly in regions where we serve clients! Here’s are just a few examples of recent policy change—a sampler of the kind of legislative shifts you can count on us to be closely following in the HVAC, home performance, and solar industries.

Come January of 2022, builders in New Jersey will be required to account for the impact of climate change before receiving any government approval for upcoming projects. This is in a state where the sea level is estimated to be rising at double the rate of the global average, and the effort is being led by New Jersey Governor Phillip D. Murray, who hopes to offset some of the environmental protection rollbacks of the Trump administration.

What does this mean for the home performance, HVAC and solar industry in NJ? Prepare to have your ducks in a row when it comes to environmental impact information. Come 2022, you may need to be able to show, on paper, that your next project will have a reduced impact on climate change.

There was a lot of movement in state-level action against climate change in 2019. Cities and states are setting net-zero or carbon neutrality goals, and are continuing to act in favor of climate friendly legislation in nearly every region and climate zone of the country.

The city of Berkeley, CA is now the first city in the U.S. to ban any hookups for natural gas on new construction projects. Though burning natural gas may have been “cleaner” than using electricity a couple of decades ago, energy production in California has come a long way since the coal-dominated electricity of years past. According to The Guardian, natural gas has become the new front line of the climate crisis.

What does this mean for the home performance, HVAC and solar industry in CA? Even if you aren’t in Berkeley, this legislation has bigger implications for the growing electrification movement. Electrification is being incentivized by many of California’s major energy suppliers, including SMUD.

The Maine Climate Council will launch on September 26, 2020, to help centralize Maine’s efforts to “prepare for and prevent climate change.” The council includes Maine’s experts in marine biology, who are hoping to reduce environmental impacts and offer protections to keep electricity prices in check, while researching ways for the state’s economy to move forward in a sustainable way.

On the federal level, the U.S. House of Representatives passed the Climate Action Now Act, in response to the withdrawal of the Paris Climate Agreement back in 2017.

“The Climate Action Now Act would require that the federal government develop a plan to meet the climate pollution reduction targets set out in the Paris Climate Agreement and prohibit any federal funds from being used to advance the withdrawal of the U.S. from the Agreement.”

It’s easy to see how these changes could have a meaningful impact on contractors in the HVAC, home performance, and solar industries from the ground level up. However, it isn’t so easy to keep tabs on the “when and where” all of these changes, as they happen.

As we keep abreast of policies that may affect the way our industry does business now and in the future, we’ll continue to share the best practices and plans of action to keep you at the forefront of policy change on a state and federal level.

Recruiting 101: 5 Ways for Contractors to Improve Their Hiring Strategies
Celebrating Earth Day 2022 at Energy Circle
An Update on the HOPE for HOMES Legislation
What the New Google Vision Tool Means for Contractors' Websites