An Update on the HOPE for HOMES Legislation 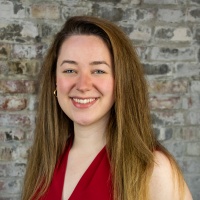 A lot has happened since our conversation with Kara Saul Rinaldi, VP of Government Affairs at the Building Performance Association (BPA), about “What Is HOPE for HOMES and Why Is It Important?” in June of 2021. Saul Rinaldi kindly agreed to return to Energy Circle’s Webinar Wednesday stage to provide an update on this key piece of legislation for the better building industries.

Policy isn’t Energy Circle’s typical wheelhouse, but if passed, the legislation known as HOPE for HOMES has the potential to impact property owners and contractors in the HVAC, solar, and home performance industries in a significant and positive way.

What Is HOPE for HOMES? A Quick Recap

After the Build Back Better Act was included in President Biden’s budget request, FY22, however, it became somewhat politicized and lost some support from GOP representatives, leaving it squarely on Democrats’ shoulders to pass.

As Democrats have controlled the Senate with 50 seats since 2021 (and had the benefit of Kamala Harris’ tie-breaking vote when needed), many had confidence in a somewhat smooth path to victory in Q4 of 2021 with all Democratic senators indicating that they planned to vote in favor of the legislation.

But in December, centrist Senator Manchin (D-WV) changed his mind, delivering a surprising rejection of the spending plan, and causing some to worry about the future of HOPE for HOMES.

Build Back Better by Another Name

When Sen. Manchin decided against the bill, the legislation did not have the votes to pass as written. Still, Manchin did not reject the bill in its entirety and indicated a willingness to work toward finding a mutually beneficial solution with further changes, meaning all is not lost. Saul Rinaldi states that the bill is not dead, but in “policy purgatory.”

To emphasize the differences between Build Back Better and the new, revised version of the legislation, it is now being referred to as Budget Reconciliation legislation.

Why We Support HOPE for HOMES (Plus: What the Bill Might Include)

Kara Saul Rinaldi and the Building Performance Association advocate for the inclusion of the HOPE for HOMES legislation in any federal infrastructure package (like the Budget Reconciliation legislation) because it “offers multiple approaches to help upgrade homes and multifamily buildings while offering support for contractor training and incentives for energy efficiency upgrades.”

Even better, online training qualifies, meaning that you and your team won’t have to invest extra funds on traveling unless it is necessary to do so to complete an in-person final exam. The following benefit highlights were pulled from the HOPE for HOMES Act of 2021 bill:

Finally, individuals can earn grants of up to $1,000 for receiving their HOPE Qualification.

Keep in mind that the above is from the 2021 version of the bill and may vary from the final legislation as legislatures work to compromise and reach an agreement.

Importantly, Sen. Manchin supports HOPE for HOMES and, as Chairman of the Senate Energy and Natural Resources Committee, has included it in his committee budget reconciliation mark at $6.25 billion, which would cover some of the key highlights that will most impact the better building sector.

But there is also another $6.25 billion in electrification rebates somewhat tied to HOPE for HOMES under the Budget Reconciliation Legislation.

BPA is advocating for some changes to be made to this aspect of the legislation before it passes to ensure that contractors would be able to access both these funds and the HOPE for HOMES funds, and that the use process would be seamless.

Still, this is an exciting sign of the value legislatures place on the better building industries and could be indicative of the potential for even greater future investment in years to come.

What All of This Means for the Better Building Industries

While any major spending plan can be a challenge to pass, these mega-bills are made up of many smaller pieces of legislation like HOPE for HOMES, any one of which senators could take issue with. HOPE for HOMES is, as Saul Rinaldi puts it, “not one of the sticky points.”

In fact, thousands of individuals (likely many of you!) have signed letters of support for the HOPE for HOMES legislation, and representatives are listening. Currently, 48 to 49 Senators are sure yeses, and those who still have qualms about the larger budget reconciliation legislation are not likely to look to change HOPE for HOMES much, if at all.

Between constituent support, House support, and support from Senate Democrats, there is real potential that HOPE for HOMES will pass this year.

How You Can Help

As ever, we all have a part to play in supporting this legislation. Saul Rinaldi suggests reaching out directly to your Senator(s), both Democrats and Republicans, to say that you want to see HOPE for HOMES in the final Budget Reconciliation package.

Reiterate that this legislation is:

If you live in Arizona or West Virginia, your voice is particularly important as Senators Sinema and Manchin have been wavering votes.

Saul Rinaldi states that “this is a historic opportunity for Democrats to get something across the finish line” and slow the progression of climate change. With full support from the HVAC, solar, and home performance industries, there’s a real possibility of success for the better buildings industries.

Energy Circle knows better building industry-related legislation almost as well as we know performance-driven digital marketing. Reach out today to see how we can help you achieve your lead-generation goals.

Recruiting 101: 5 Ways for Contractors to Improve Their Hiring Strategies
Celebrating Earth Day 2022 at Energy Circle
What the New Google Vision Tool Means for Contractors' Websites
“What Are Your Plans for 2022?” Answers from Our Better Building Contractor Panel