What Are Google Ads & What Is PPC? | Energy Circle | ME
Skip to main content

What Are Google Ads & What Is PPC? 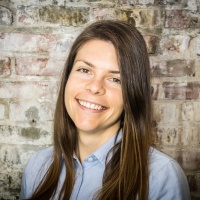 Every single one of these searches is an opportunity for advertisers out there to get their ads in front of their target audience. And that’s where Google Ads comes in.

The term “Google Ads” doesn’t refer to one specific type of ad. Google Ads is an online advertising platform where people can pay to display service offerings, product listings, video content and more to web users. It’s essentially a one stop shop for online advertisement.

Google Ads offers traditional search ads, as well as display ads, shopping ads and now YouTube video ads. It has been so successful that other areas of the interwebs have also started making money by allowing advertisements—such as Pinterest, Instagram, Facebook, Snapchat, and smartphone apps.

Anything involved with the internet now has ads tied to it, just like how radio has radio ads and almost everything involving cable television has commercials.

Google ads definitely require a game plan. Take the original search ad, also known as a pay-per-click or PPC ad. These ads so-named because advertisers pay a small amount every time the ad is clicked. With PPC ads, you have to craft keywords that will anticipate what the user is going to search for when looking for your business, service or goods.

In some ways, you can think of PPC like a fantasy football team. You draft a bunch of keywords and play those that you think will help you beat out the other teams (or competitors) in your industry. If keywords are the players, ads are the game that your keywords are playing in. At the end of the day, the players (keywords) with the best game (ad copy) win. And just like any skilled fantasy footballer would know how one player performs in a certain stadium, against a certain team or in certain weather, a good PPC strategist knows what keywords perform best in certain locations and during certain times of the year.

What About Display Ads?

The same can be said for display ads (also called banner ads). Display ads are like digital billboards that appear on websites and in mobile apps instead of on search results pages. You can trigger these ads with keywords, or you can trigger them with particular websites, topics, and interests.

For display ads or video ads that don't rely on keywords, it's all about finding the right home for your ads to show. If I'm selling New England Patriots gear, for example, I'm not going to have my Google display or video ads appear on a New York Jets Fan Club website. Or, to relate more closely to our sector, I’m not going to have my solar display or video ad appear on a pro coal website (or maybe I will if I'm feeling feisty.)

All of This Revolves Around Money

Weaved within all of this is money! With PPC, you're entering into a world of competitive metrics and betting money on your data, in hopes that the performance of your ad is worth the money you paid for that click.

This is where you have to consider the lead economics of it all: am I willing to pay $20 on a keyword in hopes that it will potentially get me a single $500 lead? Maybe so, but it's a risk that I have to consider. You could play fast and loose and bring in thousands of clicks to your site with a broad match keyword, but those are likely to be lower quality visitors that won’t convert at a high rate. Or, you could be more methodical and bring in only 20 clicks with a phrase or exact match keyword, knowing that those 20 clicks will lead to more qualified leads.

Ads are a tale as old as time—almost literally, because the Egyptians used papyrus to make sales messages (disclosure: I got this from Wikipedia.)  But now, instead of putting sales messages on paper or papyrus, we've made those ads digital.